Wilson was an eminent neurologist at the National Hospital, Queen Square, London, during the first half of the 20th Century.

Samuel Wilson was born in Cedarville, New Jersey, USA, where his father was a clergyman of Irish stock. He was educated at George Watson’s College, Edinburgh and qualified in medicine in that city in 1902. He obtained a degree in physiology in the following year and then spent 12 months studying neurology in France and Germany.

In 1904 Wilson received a junior appointment at the National Hospital for Nervous Diseases, London, where he remained until his career was curtailed by his death in 1937. He became a consultant physician at the National in 1925 and he also had links with King ’s College Hospital. In
the style of the time, Wilson employed his forename “Kinnier” as a non-hyphenated extension of his surname.

Wilson’s reputation was established after the publication of his classic paper in 1912. Although he was a competent histologist, he had little interest in laboratory work and the majority of his numerous articles were concerned with clinical neurology. He founded the Journal of Neurology and Psychopathology in 1920 and his two-volume book Neurology was published posthumously in 1940. Wilson was a famous lecturer and his rich voice, penetrating gaze and incisive manner gave his witty and lucid presentations a dramatic quality which attracted large audiences.

He was a large, strong-minded, domineering man with a commanding presence and he often clashed with his colleagues. Some regarded him as arrogant and insensitive; it is said that he once instructed a patient with an unusual neurological disorder “See to it that I get your brain when you die”!

Outside his work Wilson was a competent linguist and enjoyed traveling, golf and gardening. He died of cancer in London in 1937 at the age of 59 years.

In July 1911 Wilson received the gold medal of the University of Edinburgh for a doctoral thesis entitled “Progressive lenticular degeneration: A familial nervous disease associated with cirrhosis of the liver”.

At this time he was 33 years of age and employed as registrar at the National Hospital, Queen Square, London. In the following year Wilson published an article on the same topic in the journal Brain.

He described four affected persons whom he had studied, giving autopsy details in three and adding information concerning two further patients for whom details were available. He also alluded to recognizable cases in the literature and enumerated his conclusions, making the erroneous point that “the condition was often familial but not congenital or hereditary”!

Wilson’s paper introduced the term “extrapyramidal” into neurology and focused attention upon the importance of the basal ganglia. Following his exposition his name became attached to the disorder, which was also known as “hepatolenticular degeneration.” Wilson preferred the eponymous designation, insisting on referring to the condition as “Kinnier Wilson’s disease.” 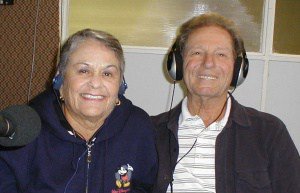 Join the OldSmarts mailing list! All things for seniors, all in one place! Helping seniors and others... https://t.co/IuU8w1FXZp
h J R
@oldsmarts

Welcome to OldSmarts! Welcome to the OldSmarts blog and web page! Don't hesitate to contact me with questions and https://t.co/FitBGfSa6E
h J R
@oldsmarts